Dropshipping News Weekly Update Vol.11 Here are five pieces of dropshipping news weekly updates for you to catch up with.

To improve the efficiency of sellers’ order transactions, eBay announced that it is studying a new bargaining function, which is expected to be launched before the end of 2021. This function enables the seller 48 hours to decide whether to accept a buys’ bargain. If the seller sets the upper and lower limits of acceptance in the listing, eBay will automatically decide whether to accept or reject the bargain according to the settings.

Google Advertising will implement a new crackdown policy in September

On August 3, Google announced that it would ruthlessly crack down on multiple violations of advertising policies from September, and adopt a three-strike-out policy for violations. Google will start the crackdown with the following aspects: encouraging dishonest behavior; promoting unapproved items, related products such as guns and gun parts, explosives, other weapons, and tobacco. The new execution plan applies to all companies that use Google advertising.

According to the report, a few days ago, representatives of nearly 36 most influential business organizations such as US retailers, chip manufacturers, and farmers wrote letters to Trade Representative Dai Qi and Treasury Secretary Yellen, calling on the Biden government to restart negotiations with China and to cut import tariffs, so as not to drag down the US economy.

The letter stated that China has met the “important benchmarks and commitments” in the first phase of the 2020 trade agreement, including opening the market to US financial institutions and reducing some of the US regulatory obstacles to China’s agricultural exports. When the US government formulates policies, it should also give priority to the interests of domestic workers and eliminate tariffs that have increased costs and harmed the interests of the United States.

TikTok and Shopify relationship agreement extended to the Middle East

According to the reports, this cooperation will make it easier for Shopify merchants to use the TikTok community. Merchants will be benefited from the core functions of TikTok For Business Ads Manager through Shopify.

Shant Oknayan, TikTok’s general manager in the Middle East, Africa, Turkey, and Pakistan, said that the cooperation between TikTok and Shopify in the Middle East would provide merchants with a unique platform to engage and connect with customers in a participatory and creative way. 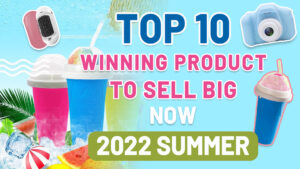