This week we prepared five eCommerce news for you to catch up with.

As vaccination rates increase and schools reopen to offline teaching and extracurricular activities. The US children’s apparel market is set for a resurgence.

“The reopening of schools and the reintroduction of sports activities are providing an additional boost to the children’s sportswear business this year,” said Matt Powell, sports industry consultant at NPD Group, “children’s products set to be the star category for sportswear in the third quarter. “

Due to Brazil’s large population and a relatively stable birth rate, a large number of newborns are born every year, which also leads to a mother and baby market with huge potential.

It is understood that in the past year, the size of the Brazilian online baby toy market reached US$692 million! The main consumer population has almost surpassed the main European markets.

In fact, in addition to baby toys, all categories related to mother and baby have great market potential in the region, including footwear and clothing, and baby toys.

eBay has announced the launch of its first digital payment wallet, a feature that will allow users to use the money they have stored in their eBay accounts to make purchases or pay for sales.

The announcement was made recently at eBay’s Investor Day by eBay’s chief officer. The service is a significant development for eBay as it can replace PayPal for some payment processing.

At the same time, the service is not entirely similar to the PayPal solution, as the announcement indicates that these funds can only be purchased on the eBay platform.

US online inflation hits another high with apparel prices jumping 16.7%

Online prices in the US have risen for 21 consecutive months.

The average price of online goods in the US rose 3.6 percent year-on-year in February and 0.1 percent month-on-month, according to Adobe’s digital price index.

This is the highest price increase since November 2021, when online prices rose 3.5 percent year on year. That means online prices in the U.S. have risen for 21 consecutive months from a year ago.

In February, prices rose in 13 of the 18 categories tracked by the Adobe Digital Price Index from a year earlier, led by apparel, which rose 16.7%. Other categories where prices rose included furniture, office supplies, and pet supplies.

Twitter Shops is a new beta feature that builds on the Shop Module that Twitter launched last year. It will offer a free trial for sellers and will allow them to pick a collection of up to 50 products to show to shoppers.

When enabled, sellers will display a “View store” button at the top of their tweets. When a consumer clicks the button, it opens the seller’s store and can scroll through products.

Twitter Shops are currently only available in the US, and US users using Twitter in English on their iPhones will be able to view the feature. According to Twitter, some sellers are already using the feature.

How to Check Shipping Times And Shipping Costs on CJ 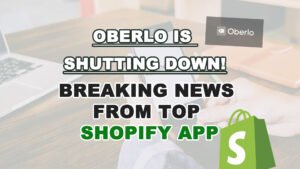 Oberlo Is Shutting Down – What Are the Best Alternatives to Oberlo?

How to Choose The Right Shipping Method for Your Store?

Need CJ source the best price for you?
Yes, I want to source products